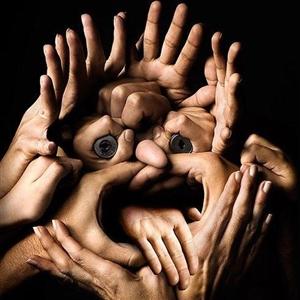 Insurance has been around for centuries. The Chinese started practicing it to protect their wares from risks as they distributed them and traveled along treacherous waterways. Soon it became a practice also to save the lives of people. Today, we have it for just about anything. Florida Insurance Quotes can write an insurance policy to cover anything, even weird Florida insurance policies.

Seriously, it happened in St. Louis when a teen’s family filed a wrongful death suit against a haunted house. To illustrate, a teen had asthma, suffered an attack, supposedly because of the fog machine, and died. As a result, haunted house owners now must have a general liability policy.

An owner of any attraction should engage an agent to set up a liability policy to protect their property against a lawsuit. By the way, with the increasing popularity of so-called ghost hunters, guidelines have been developed to protect the ghost hunter business with professional indemnity and public liability coverage,

War of the Worlds

There are tons of people who believe there are other life forms in the universe. Not only that, but they also fear being abducted. Do not laugh. Some of the biggest insurers in the country have policies available in case of alien kidnapping or abduction. One even can insure the property against a UFO accident or crash.

The truth is out there. How about this truth: more than 30,000 people have purchased alien abduction policies. By the way, there are also policies available for protection from werewolves and vampires too.

There was a song out once called “Bette Davis Eyes,” but that was not the part of her that earned special coverage: it is was her waist. Celebrities and athletes have become famous for insuring parts of themselves.

• Do they like rock? Accordingly, KISS rock band member Gene Simmons took out a policy on his tongue.

“I Do” Leads to Another Weird Florida Insurance Policy.

It had to happen, wedding insurance, another weird Florida insurance policy. Furthermore, it is not just available for whether or not the bride or groom backs out. There are policies available to cover everything that could go wrong before the couple says, “I do.” For example, public policies cover the venue closing before the wedding, extreme weather, or injuries sustained by those involved in the upcoming nuptials.

There are contests promoted where the sponsor does not expect a winner. However, that sponsor is usually intelligent enough to have protection to cover its financial responsibility. In other words, insurance if someone does get that hole-in-one or makes that shot from half-court. So, yes, they can win, and the promoter does not lose due to a weird Florida insurance policy.

Afraid of being kidnapped, and not only that, afraid the spouse cannot pay the ransom? Never fear. The super-agent is here! Seriously, with the state of the world and anti-corporation sentiment at an all-time high. In addition, many major companies have taken out policies that cover ransom. These policies are in case one of their executives is kidnapped, especially in another country.

Kidnapping has become such an issue that insurance companies have negotiators on hand to meet the kidnappers’ demands up to the policy’s value.

Do they not want to have twins? There is coverage available for that. It is called multiple-birth coverage. It protects against the financial impact of having more than one child per birth.

Let us be sense-able

Florida Insurance Quotes can insure even sight, smell, taste, and hearing. For example, a Dutch winemaker has insured his nose for $8 million. He claims that his nose can detect thousands of unique scents, making his wine business as successful. Nevertheless, he had to do his part; he could not play sports, ride a motorcycle, or breathe fire. Yea, his policy says that.

However, the last word belongs to the tongue, of course. A coffee taster has a policy covering his tongue for $14 million.

If it has monetary or sentimental value, there is a weird Florida insurance policy.