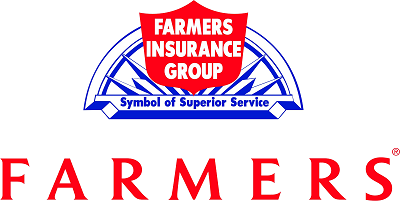 Farmers Insurance Group, commonly known as Farmers, is based in Los Angeles, California. The company specializes in several types of insurance. These include homeowners’ insurance, auto, life, specialty, small businesses, financial products, and others. They currently serve over 10 million households across the entire United States. Farmers also have over 50,000 sales agents representing them in offices across the country.

Farmers notably focus on providing three primary forms of insurance: auto, as mentioned earlier, insurance, business insurance, and home insurance. This allows Farmers to provide customers with a thorough service. Moreover, it gives them the insurance coverage they need for their personal or business-related needs. The insurance company started in 1928, a birth that was rather interesting compared to other insurance companies that got their start around the same time. Farmers’ insurance operations paid claims in cash during the Great Depression rather than give their policyholders an I.O.U.

The company, nowadays, pays claims much like similar insurance companies, despite the humble beginnings. However, since 2011, Farmers has been trying to rebrand itself as an innovator within the current insurance marketplace. That started with their focus on training their associated brokers and agents to be thoroughly educated in their brand of business.

While Farmers doesn’t have any advertisements, the company is involved in various sponsorships throughout the country. Their subsidies effectively help ‘spread the word about their company’s services, in addition to helping the organizations they sponsor in return.

One of their best-known sponsorships is the Farmers’ Field, a football stadium ln Los Angeles, California. When erected, the stadium will be located in downtown Los Angeles, close to the Staples Center. The contract to sponsor this impending stadium costs about $700 million, though it will start at $20 million in their first year of supporting the stadium, increasing from then on. The stadium, as of now, will be named Farmers Field; while Los Angeles doesn’t have an official football team, the N.F.L. has approved the construction of the stadium.

Farmers also sponsor what’s now known as the Farmers Insurance Open—formerly known as the San Diego Open. This annual golf tournament takes place in Torrey Pines, San Diego. In 2010, Farmers became the event’s title sponsor when benefiting local charities in San Diego. The public can even participate in the Farmers Insurance Open since they can purchase packages to play in foursomes against current P.G.A. tour members.

The Farmers Classic is the longest-running sports event in Los Angeles itself every year. Farmers Classic proceeds are known to benefit the grassroots programs of the Southern California Tennis Association and UCLA.

Farmers Insurance Group also plays a role in sponsoring NASCAR. They’re an official sponsor for the #5 Chevrolet SS, driven by Kasey Kahne, represented by Handrick Motorsports. They have supported Kahne’s car since the 2012 season; interestingly enough, they were one of the first NASCAR sponsors to have a #hashtag on their sponsored race car. Farmers currently promote their motorsports activities through their official Farmers Racing website.

As for the Farmers’ logo, the logo is mainly depicted as ‘Farmers’ spaced out in red capital letters. Next to the logo is an emblem with ‘Farmers Insurance Group’ printed on a red badge while seated by a blue compass-like crest half.

The History Of Farmers

While Farmers is working to boost their company presence in the current decade, in previous decades, they focused on building the company into what it is today. That’s something that’s reflected in the storied history of Farmers’ Insurance.

Both Leavey and Tyler were ruralites who wanted to pay less for insurance, especially since drivers like themselves had better driving rates and less expensive policies. Because they both knew that farmers and other rural drivers were a somewhat overlooked market, they took it upon themselves to find Farmers’ Insurance.

By 1927, they received a loan from the owner of Bank of America to start their business. By the following year, in 1928, they eventually opened their company, Farmers Automobile Inter-Insurance Exchange, in downtown Los Angeles, California. Leavy served as vice president, while Tyler served as president, and they both completed their team with a sales manager and secretary. The first auto insurance policy they wrote belonged to a customer named Charles Brisco, who insured his 1925 Cadillac Phaethon within the year.

Sub-companies within the group were eventually founded in the following years. That included the Truck Insurance Exchange (1935), Fire Insurance Exchange (1942), and the subsidiary Mid-Century Insurance Company (1950). TFarmers, throughout the 1960s, focused on growing the company’s services and consumer base.

By 1973, company president John C. Tyler passed away. Leavey, who remained the co-founder, took over the C.E.O. position. He later retired in 1988. The company would be the subject of an eight-month takeover ‘battle’ for ownership. The American subsidiary of the British company B.A.T. Industries Plc, BATUS, Inc., eventually bought Farmers Group, Inc. for an estimated $5.2 billion, becoming the company’s sole stockholder.

After getting new ownership, the company responded to several disasters throughout California from 1989, 1991, and 1994. That posed a tough time for the company since they did experience financial challenges during that time.  By 2000, the Farmers Insurance Group started making more acquisitions, including the acquisitions of insurance companies under the Foremost Corporation of America or Foremost Insurance Group.

Farmers currently provide several types of insurance policies, including their core policies consisting of auto insurance, homeowner’s insurance, and life insurance. Prospective and current customers of Farmers can find more information about their existing insurance policies via their official website and other marketing materials.

Their insurance policies are said to be similar to their main competitors in today’s current marketplace. In addition, though, Farmers is known to provide some advantages that some insurance companies may not present their customers. To start, Farmers is known for offering somewhat various business-related insurance products.

Their diverse suite of business insurance products includes coverage for commercial real estate educational establishments and non-profits, property construction, manufacturing, restaurant and retail, professional services, and much more. Part of the reason behind the diversity of their business insurance products lies in their need to provide business customers with more choices to serve their insurance-related needs better.