How to get a Cheap Florida Home Insurance Quote 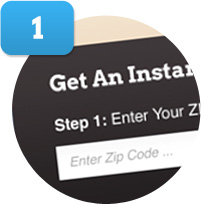 Enter basic information into our system and let it find the best fit. 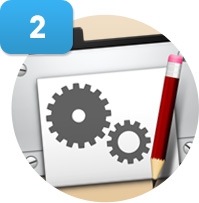 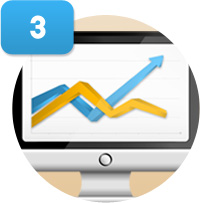 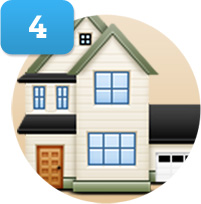 Florida has long been a favorite destination for those hoping to escape the harsh winters. However, there are some things that new arrivals to the Sunshine State should be aware of before they arrive. Mainly Florida property insurance rates.

Florida property insurance rates are the highest, devastatingly impacting both the economy and homeowners’ budgets. However, homeowners consider that Florida’s overall reputation has always been a place for relatively low-cost living. In addition, the exorbitant rates are certainly causing many to wonder if they should consider the move.

Lack of Claims Does Not Matter

Florida homeowners have been pretty lucky about the lack of devastating hurricanes in the past couple of years, but this has not stopped a steady increase in Florida property insurance rates. In the last year, state regulators saw rate increase requests climb by nearly 70%, forcing them to look at exactly why these rates are so high.

When determining the cost of insurance rates in Florida, it is essential to understand that there is a wide range of policies covering the state of Florida. In addition, various risks across the state mean that when the averages are determined, carriers combine areas of low crime and weather threats and those with considerably higher threat levels. The result is a somewhat skewed view of the actual property insurance rates in areas not considered high risk.

How Rates are Determined

Companies determine FL property insurance rates from the location of the house. In addition, they evaluate the potential risk of the insurance companies […]

In addition to our list of homeowners’ insurance companies in Florida, we have also provided more information about homeowners insurance in Florida. Similarly, reading through each one will help them determine each company’s level of service. Indeed, keep reading below to get a better understanding of the options. Otherwise, click on “Get A Quote” and let us find the ideal option.

American Strategic Insurance is one of the largest homeowners carriers in North America. Such as, this company sets big goals, achieving each one by paying close attention to the details. For example, they do care about people and their local communities. They work hard to go above and beyond.

American Traditions Insurance commits to providing fast and friendly claims to all policyholders. At the same time, this company’s primary goal is to recover customers as quickly as possible.

Another great company, Avatar Property, and Casualty, can quickly provide its customers with stability and security. Of course, they treat all customers like family. […]

Why did the Florida home insurance company drop them?

Florida homeowners are frantically trying to shop for a new insurance policy after companies have dropped over 87,000 Florida policies. This sudden policy drop is due to expensive hurricane damages throughout the state. Did they know hurricanes Irma and Michael caused over $15 billion in claims alone? Years later, this is still having an effect. It has people asking why, in 2022, did their Florida home insurance company drop them?

Along with hurricane damages, roofing damage claims are skyrocketing. The spike in claims has caused Florida home insurance costs to rise, leading major carriers to drop their customers. In addition, Florida Insurance Quotes has seen an increase in non-weather-related claims. These claims include plumbing issues, roof problems, and even landscaping issues unrelated to storms.

It is no surprise that Florida has the most expensive home insurance in the United States of America. The average premium here is almost double the national average. Unfortunately, residents can struggle to find affordable coverage with these climbing prices.

What are the options after the Florida home insurance company dropped the customer?

If the Florida home insurance company dropped them, they would need coverage as soon as possible. However, if the carrier has not declined them yet, it is essential to ask them if there is a chance they could be. That way, they are prepared to begin shopping for a new policy.

Customers with a smaller […]

Finding homeowners insurance in Miami can be quite a task. There are many options available, so it is overwhelming. However, they can find affordable coverage with a trustworthy carrier by conducting proper research online. In addition, homeowners can quickly start saving hundreds on a policy by shopping online at Florida Insurance Quotes.

Miami home insurance prices are increasing each year. It is rare to see a decrease in premiums compared to other states. Miami is home to the highest tips in the nation. The average annual premium here is around $1900 per year. When it comes time to compare costs and coverages, understand that the base premium may look affordable but not provide them with the proper coverage. It would help if they thought more about this before diving into the search.

Try these steps below to determine how much home insurance coverage they need. Keep in mind that not buying enough coverage is a considerable risk. Everyone will want enough homeowners insurance in Miami, FL, to:

What is the average cost of homeowners insurance in Florida?

The average cost of homeowners insurance in Florida is $2,350. Florida’s average is nearly double the national average of $1,200. Of course, they will have to purchase a policy because the risk of damages from severe storms, tornados, and wildfires increases every year. As they may already know, insurance carriers calculate the cost of the policy by asking, “what are the chances that something bad will happen?” The higher the chance of something wrong happening, the more expensive the policy is. Florida is especially risky due to crime, weather, and home values.

How can everyone find cheaper Florida home insurance?

Trying to secure cheap Florida homeowners insurance can be quite a task. However, that does not mean it is complicated. With some planning ahead and taking the time to review everything, that can lock down that cheap policy. Finding coverage is easy. All it takes is for anyone to collect a few quotes. Does that know that shopping around with us can save hundreds of dollars on a policy? Here is how to find the cheapest home insurance in Florida.

Start by collecting quotes from multiple companies right here. There is no need to go elsewhere. It is easy. Enter the essential information into our system. We will compare rates with over 25 companies and provide them with quotes in 30 seconds or less, finalizing the process with our representative contacting the customer to complete a policy.

We can provide shoppers with a better deal by conducting a price match with other providers against their competition.

Where to get the cheapest home insurance in Florida?

In addition to collecting quotes, there are other ways homeowners can lock in cheap Florida home insurance. First, they can limit how much risk they are to a company. Risk is a big word in the insurance world. If anyone is a significant risk to a company, they will not insure them. Conversely, if they offer coverage, the high risk individual will have an expensive premium.

Smart shoppers can receive a lower premium by making themselves less of a risk. For example, they may try to minimize the risk of flooding in the home. Flood damages are […]