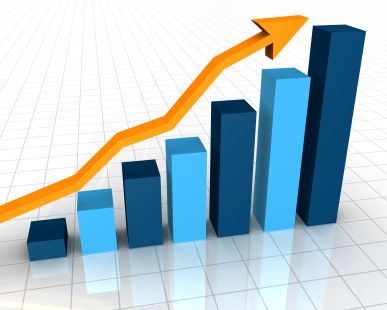 If homeowners are looking for home insurance, Florida rates can seem astronomical. Florida is the most expensive state in America for insurance for the home, and there is little relief in sight. The typical premium for the average house in Florida is close to $2000 per year. That is more than four times the cost of insuring a home in Idaho’s least expensive state. As a result, Florida homeowners insurance is more than double the national average. Furthermore, continued cost increases could threaten the state’s reputation for a low cost of living compared to the rest of the nation.

Hurricane Claims Are Down. Profits Are Up For Insurers

Some observers expected Citizens Property to put downward pressure on rates. However, adding Citizens’ data to the average added almost 25% to the premium average. Citizens may cause this increase by offering coverage to homeowners in the riskiest properties. As a result, they command even higher premiums in the private market or might even be uninsurable. Citizens Property accounts for almost 20% of Florida’s home insurance market.

It is sometimes difficult to estimate the insurance cost by looking at state-to-state averages because of significant variations in real estate value potential hazards, including natural disasters and economic conditions.

Homeowners Insurance Does Not Cover Flooding.

In Florida, customers are less interested in comparisons to other states. They only need to look at the number at the bottom of their yearly bill to know how expensive homeowners insurance in Florida is. Some residents have raised concerns about the potential for their insurers to fold. Their demise could be the result of a cataclysmic natural disaster. As a result, it would strain their already shaky reserves, despite the high rates they are charging.

It is important to note that the high cost of homeowners insurance is only the beginning for weary Florida ratepayers. Regulators do not calculate flood insurance when discussing home insurance. In addition, flood insurance rates are skyrocketing. Moreover, damage by Flooding is expressly not covered by standard homeowners insurance policies. Instead, the government sets rates at the federal level. In addition, flood insurance policies can add thousands more to the cost of insuring even a modest home in Florida. As carriers single out older homes in low-lying areas for dramatic rate increases, long-time residents feel the pinch.

When people move to Florida, they are pleasantly surprised by the pleasant climate, low property taxes, and no state income tax. However, Florida home insurance rates are becoming an unpleasant surprise in Florida. As a result, it could eventually make Florida less attractive to new citizens.

The premium bill comes in the mail, and it is a familiar scene played out all across Florida. They stand there, shaking their head, wondering why Florida’s homeowners’ insurance rates continue to drop.

Unfortunately, the answer is probably not one they want to hear. According to a recent report by the National Association of Insurance Commissioners, residents of Florida are now paying an annual premium of approximately $2,000 yearly for property insurance. That figure is more than double the national average of under $1,000 annually. Additionally, owners of Florida condominiums are paying just over $800 a year, while residents of other states pay half that price.

Florida has not seen a massive hurricane in almost ten years. As a result, Florida homeowners insurance rates continue to climb with no end in sight. In other words, approvals for rate increases are passed by state regulators year after year.

All of that is terrible news. However, the good news is that there are some indications that rates could begin to stabilize. Moreover, possibly even come down shortly. In contrast, that does not offer immediate relief to a family budget. However, on the other hand, it does provide a glimmer of hope that rates will decrease and homeowners will begin seeing some form of financial relief.

What about natural disasters?

Insurance executives in Florida argue that of the ten most expensive natural disasters in the history of the United States, five have occurred in or had an effect on Florida. Those catastrophes had a devastating impact not only on repair costs but also on reinsurance protection rates.

Despite that, Florida residents and consumer advocate agencies are pushing hard to get homeowners insurance rates in Florida in line with national averages. Furthermore, it is not all bad news, as state regulators have voted on numerous provisions that help protect homeowners’ interests over the last five years.

Some of these new or improved provisions include the creation of a mandatory policy checklist to be completed by insurance agents. As a result, they explain what the carrier covers under a policy in detail. In addition, insurance companies must pay homeowners upfront for the total replacement cost. In contrast, they pay just the lower cash value on home repairs. Homeowners have also benefited from an expedited claims process, which forces the insurer to respond to a claim or begin communication with an insured customer within 14 days of a disaster.

Floridians welcomed other noted provisions with open arms. Specifically, all Florida insurers must provide an apples-to-apples comparison of rates and policies. This provision has made insurance policy shopping much more straightforward and streamlined for Florida residents. Additionally, the state must now publicize any request for rate hikes of over 15% and a public hearing held so interested parties can voice and state their opinions.

How to Choose the Best Health Insurance in Florida
Is motorcycle insurance required in Florida?