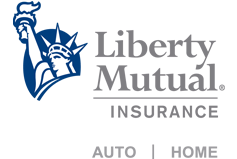 Liberty Mutual Group, best known as Liberty Mutual Insurance, is a United States-based global insurance company. It’s also the third-largest insurer of properties and casualties within the United States alone. In addition, the company currently offers a wide range of insurance products that are just as diversified as its worldwide presence.

The insurance company is unique in its approach to selling insurance due to its extensive international presence in wholly or partially owned companies. As of the current decade, Liberty Mutual owns various locally-based insurance companies in the United Kingdom, Ireland, Russia, Brazil, Chile, China (and Hong Kong), India, Venezuela, Singapore, and Spain.

Another unique quality about Liberty Mutual is that they remain a mutual company. This allows policyholders to essentially hold a stake as a shareholder in the company, particularly if they hold a contract with the insurance company. However, that particular perk generally only applies to customers in the United States; in other countries, Liberty Mutual operates under several subsidiaries where the company’s mutual benefits don’t apply to customers.

Like the company, Liberty Mutual has kept its use of aggressive advertising to a minimum. Yet, despite that, the company has seen significant growth across many markets—to the point where they have expanded worldwide.

Liberty Mutual mainly supported its growth by acquiring other companies, relying solely on its organic growth. The insurance company’s early acquisitions were small, though, over the past decade, they’ve made significant strides in acquiring more prominent companies.

One of their most significant acquisitions was the Safeco Corporation, which occurred in 2008; they gained ownership after purchasing all of their outstanding shares for $68.25 per share, equal to about $6.2 billion. That helped boost their financial revenue from about $6 billion to over $30 million in as little as a decade.

The logo of Liberty Mutual is simple in design, though it expresses the company’s principles. It’s a logo with ‘Liberty Mutual’ printed above a thick line with ‘Insurance’ printed underneath capital letters. The text is usually gray, which helps the text easily show various backgrounds. An alternative version of the logo shows ‘Liberty’ on one line and ‘Mutual’ on the other, with the iconic image of the Statue of Liberty vectorized beside it. The vectorized Statue of Liberty icon is also on the primary logo too.

The History of Liberty Mutual

The company opened in 1912 as a mutual company, meaning its policyholders and not stockholders owned it. By 1914, the company eventually opened its first branch office in Springfield, Massachusetts. During that same year, the first auto insurance policy was issued.

Around the 1930s, the company relocated to Boston, even holding a groundbreaking event to commemorate moving to their new headquarters. In 1936, they also became the country’s top insurance provider of workers’ compensation insurance during the same year. By the following year, they completed their expansion in all 48 states.

During the 1940s, Liberty Mutual expanded its efforts to help those affected by the war, opening the country’s first rehabilitation center in Boston to help restore injured people to meaningful lives.

Their Insurance products and services are distributed to over 2,500 licensed sales representatives, licensed telesales representatives, and via the Internet. In addition, prospective and current customers can find a wide array of information about Liberty Mutual’s Services on their official website, which hosts many resources to address consumer questions and concerns.