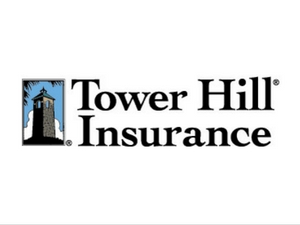 Tower Hill Insurance is one of the largest insurers of residential and commercial properties in the state of Florida. The company has over eight hundred and fifty insurance agencies representing it across the state. The company is among the most trusted insurers with excellent responsiveness and a plethora of choices for policyholders. Known for its exceptional customer service, sound financial stability, and comprehensive coverage options, Towel Hill has been consolidating its position among the market leaders in the industry.

The company has nearly two million policyholders for homeowners insurance. It has been operating in the state for almost five decades now and has several subsidiaries. The company started out as an insurance agency. It was founded in 1972 and based in South Florida. The company is still owned and operated by the founding family. The company has more than four hundred employees.

The products offered by Tower Hill are broadly categorized into two types, personal coverage, and commercial coverage. Personal coverage for homeowners includes standard and additional or optional policies. Homeowners insurance policies are available as per the location, architecture, square footage and other attributes of a residential property. There are various policies to choose from and most of them can be customized to meet specific requirements.

The company offers insurance policies for landlords. It could be a duplex, single-family dwelling or a condominium. The property may be presently occupied by the owner or it could be rented out. Such policies provide standard coverage. There are standalone fire insurance policies as well. Condo insurance is a separate subcategory in personal coverage. These policies usually provide coverage for personal belongings in case of theft or burglary and damage caused by fire. The coverage includes personal liability for accidents that may happen in the condo.

There is renters insurance for tenants who want coverage for their personal possessions. The coverage is applicable for known perils including inclement weather and burglary or theft. There is standalone flood insurance for homeowners, landlords, and renters. Flood insurance can also be included in homeowners policies. There are policies for mobile homes and watercraft among other residential properties and assets. Watercraft insurance is provided via SkiSafe.

Commercial coverage is mostly for business owners but also applicable for associations of owners of residential properties, including apartment complexes and buildings of condominiums. Commercial coverage provided by Tower Hill is relatively more affordable in the state compared to the propositions of other insurance companies. There is standard and optional coverage to choose from. Policyholders can opt for value-added benefits such as risk-based recommendations and onsite visits by loss control specialists. Tower Hill Insurance is now offering Commercial Lines monoline property policies. These are relevant for veterinary and preschool businesses in the state. These policies are available via Tower Hill Prime Insurance Company. Commercial coverage is available for apartments, condominiums, townhomes and homeowners associations, mostly for common areas and investment or rental properties that are rented out en masse.

Tower Hill has different kinds of policies for homeowners associations, cooperative owned communities, planned unit developments, offices and retail facilities including shopping centers that have multiple tenants or lessees, hotels and motels. The hotels and motels may be owned individually or they could be franchises. Manufactured housing communities such as housing parks travel trailer parks, residents owned parks and campgrounds with five sites or more can get commercial coverage from the company. The insurer has policies for wholesale businesses, condominium and apartment complexes occupied by owners and rental dwellings, self-storage facilities and warehouses.

The inventory of products or the range of policies of the insurance company is amongst the most diverse and inclusive for insurers not just in the state but across the country. The relevance of specific policies and inclusiveness so the insurer matters for different kinds of policyholders has made it a preferred brand in the sunshine state. The company has a simple claims settlement process. It has helpful and resource customer service executives who can provide prompt assistance at any stage of correspondence. The spectrum of subsidiaries enables the company to offer highly personalized and targeted policies for specific needs. The company does not have to try and deal with diverse needs under the same brand name. The strategic partnerships with specialized companies also help the insurer to find a foothold across niches.