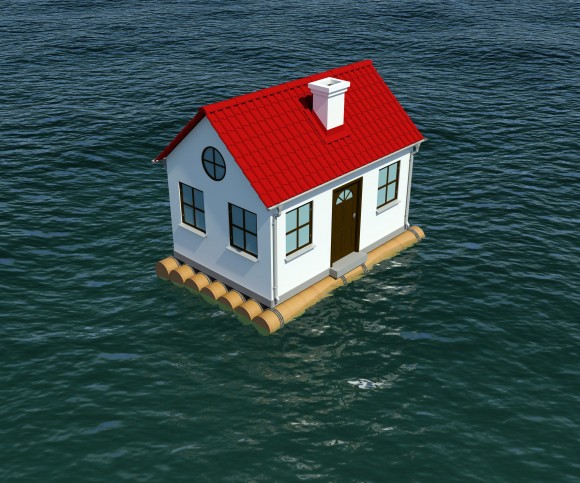 Florida homeowners may soon gain more options for flood insurance. In addition, to what is offered by the current federally subsidized national program. This offering is due to a measure designed to help encourage more private companies to enter the market. Earlier this month, the Florida Senate passed the bill to provide residents with Florida flood insurance alternatives. While many residents do need some flood insurance in Florida, the lack of options on the market makes it difficult for Florida residents.

Most residents have to get it through the federally subsidized program. That program was the only way to get some flood insurance for an FL home for a long time. With this bill passed, Florida residents can now look forward to having more options on the market.

Despite the new measure passing in Florida, the federally subsidized program that allowed people to register for flood insurance did undergo some recent changes. Particularly in light of the significant insurance reforms over the past year. The reforms cause policies available through the federal program to rise in price. As a result, the once-affordable insurance premiums increased, some too expensive for homeowners to continue paying. Moreover, those prices significantly rose in more flood-prone areas and even for older homes.

Since those changes happened, Congress later enacted a stop-gap measure that helped delay some of the more expensive changes. These reforms are also known as the Bigger-Waters Flood Insurance Reform Act. Despite the quick enactment that does not precisely repeal the changes, we expect Florida to phase out the increases over the next few years.

A potential to save money on flood insurance in Florida

The new bill will also allow companies to provide their customers with various deductible amounts, giving homeowners more coverage options. These coverage options include living expenses, content coverage, secondary structures, and more  Before any plans can take hold. They have to be approved by the Office of Insurance Regulation eventually.

Florida Insurance Quotes expects the new bill for Florida flood insurance to provide consumers with more choices than previous options. According to an industry professional, the account will promote consumer choice, allowing consumers to control their destiny in the now critical market. That same professional then commented that the new legislation would make Florida a national leader in the flood insurance marketplace.

When observing the market, Florida is already home to several private flood insurance companies. However, it is just a handful of companies at this time. In addition, some insurance companies that deal with homeowners insurance started offering coverage as a part of their policies. Furthermore, companies like Tampa’s Homeowners Choice Property And Casualty Insurance Company Inc. make ideal carriers.

However, the National Flood Insurance Program writes the most policies in Florida today. Over 37% of the flood insurance policies they write originate in Florida, which, surprisingly enough, makes the state a ‘net loser’ in the federal program. Florida has paid $3.7 billion in insurance coverage to residents.

Despite the prospect of having choices in the Florida flood insurance market, many households are still recovering from the increases over the past year. Florida Insurance Quotes said that about 268 homeowners in Florida were subject to the gains. In addition, out of the 2 million federally based flood policies written yearly.

Under that aforementioned revised act, about 50,000 homeowners within Florida with first or second homes will see their home insurance increase about 25% this year. That increase will occur until they see policies appropriate to cover any potential flooding risks in their area. That does not mean that insured homes will end up keeping their policies. Florida Insurance Quotes projects that about 100,000 homes will lose their insurance subsidies if sold. Despite the news of a new face of the market, Florida homeowners should not feel pressured about their flood insurance policies.

Even though decided change is occurring now, many options exist for homeowners who need flood insurance. Over 100 nationwide private companies currently offer federal insurance without considering the recent news. However, the new measures will help Florida homeowners save money. Above all, they do not have to worry about paying premiums for flood insurance. Florida homeowners should watch the market over the next year to see the changes eventually roll out.

How to Pick from All the Florida Insurance Companies
Do I need motorcycle insurance in Florida?